In Aden, Abductees’ Mothers Association called upon the Arab Coalition, headed by Saudi Arabia, to mount pressure on the authorities to uncover the fate of forcibly disappeared persons, and held such authorities responsible for the lives and safety of our sons. 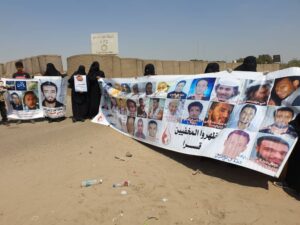 In its rally statement this morning by the coalition headquarters, the association stated that 38 individuals had been forcibly disappeared while families had had no clue of their medical conditions and whereabouts for five years. 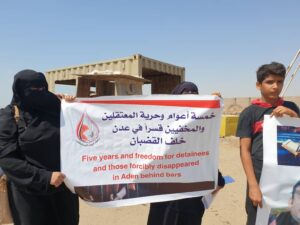 During the rally, mothers held up pictures of their disappeared sons and banners calling to uncover their fate and release them.