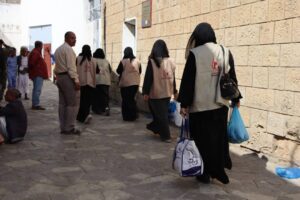 During the visit, the association’s team managed to provide moral support for and distributed token gifts among detainees, who were targeted by artillery in April 2020, which lead to the death of many of them. 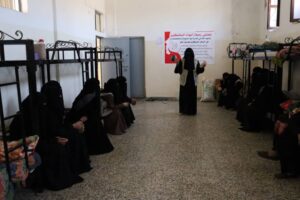 In her speech, the association representative in Taiz, Asma’a Al-Ra’ie, she praised the role of women in society, highlighted their equality by the law, and stressed on obtaining the necessary skills in order to have a successful life after prison. 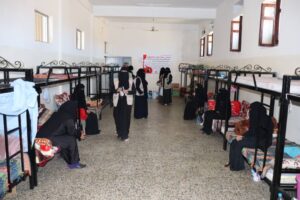 The visit, itself, is a part of the association’s 2021 programs to protect women at all times, which started by publishing the association’s report, I Fear Death While Nobody Knows, which discussed the conditions of female detainees held at official prisons, namely Central Prion in Sana’a. 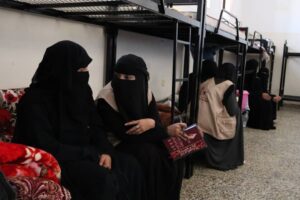 The association handed the prison administration and wardens its fully prepared guide, Female Detainees Mental Health Guide for Prison Officers, as well as its report, I Fear Death While Nobody Know.