Abductees’ Mothers Association in Ibb called upon the United Nations, human rights organizations, and all official competent authorities to urgently intervene to release their abducted and forcibly disappeared sons, held at Houthi prisons, while Covid-19 has been spreading around the globe. It called upon the IRC visit prisons and detention centres. 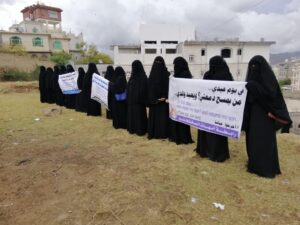 The requests were extended during a protesting rally held by mother today morning in Ibb as the world was celebrating Mother’s Day while many Yemeni mothers lived in tears searching for their sons. 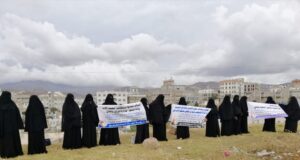 In the rally statement, the association said that mothers were standing by prison gates where their sons endured all kinds of pain in their cells. Abductees suffering from different diseases had had their misery doubled as they were prevented from health care. it referred to the abductee Mustafa Abdullah Hamoud who died a few weeks after he was released from a Houthi prison in Ibb. He spent the few days after his release sick in bed until he passed away. 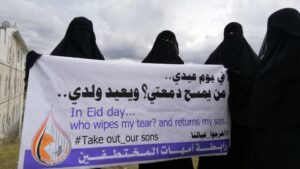