Abductees’ Mothers Association in Ibb stated, in memory of targeting Dhamar Community College Prison victims, that they have lost 21 of their abducted sons in the Arab Coalition airstrikes while 4 others were injured. This crime came after Houthi armed group had illegally abducted and forcibly hidden them for years. 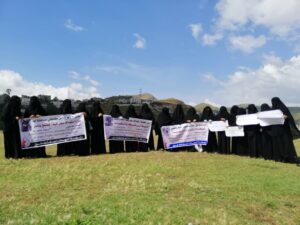 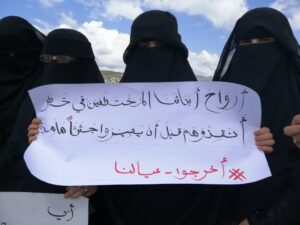 The rally statement held the Arab Coalition and Houthi armed group, who abducted, and held abductees at that prison, and illegally prevented visits, food, and medications, responsible for the brutal crime.

It stated that this crime is imprescriptible and demanded bringing its perpetrators to justice. It, lastly, affirmed their demands of the right of freedom for all abductees unconditionally.