Abductees’ Mothers Association stood in support with Zakaria Qassem’s, an educator, family during their rally this morning by Ma’asheeq Presidential Palace in Aden, as three years have passed since he was forcibly disappeared. 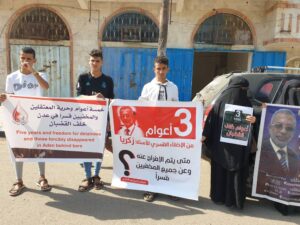 Zakaria’s family stated that he had been arrested, by security forces, nearby his home, and was denied his human right of legal defense. His family was never allowed to see him since his then. 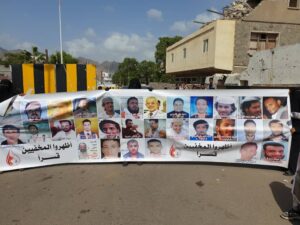 They called upon the president and Prime Minister to take serious actions to uncover Zakaria’s and other abductees’ fate. 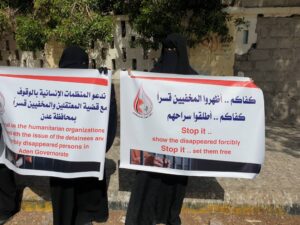 Family members called upon human rights organizations, locally and internationally, to mount more of the needed pressure in order to save and release all forcibly disappeared persons. 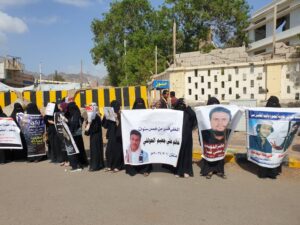