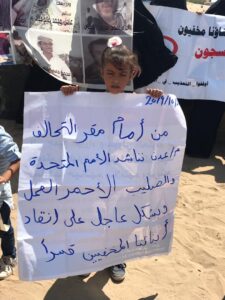 In their statement, mothers stated that It had been three years since their sons went into forced disappearance and that their fate, health conditions, and whereabouts were unknown. They called upon the United Nations and Red Cross to urgently make the needed efforts to save their forcibly hidden sons, and place the necessary pressure to uncover their fate as the conflicts continue in the district and assured that their demands will go on until their sons are free. 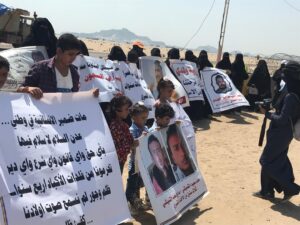 The statement, also, called upon all authorities to responsibly handle the abductees’ case as a priority both nationally and internationally, and to guarantee their freedom and safety, held military and security organizations in Aden responsible for the life and safety of their sons, and demand bringing those involved in their abduction and torture to justice.