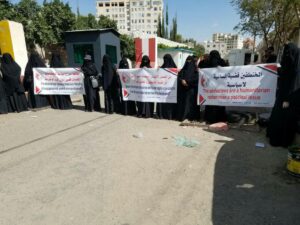 In this morning’s protesting rally by the Office of High Commissioner for Human Rights, the association confirmed that abductees’ careers had been shattered, their health had deteriorated, and had defenselessly been put in grave danger while their families had been impatiently and hopefully waiting to stop the misery they are suffering in the absence of their loved ones. 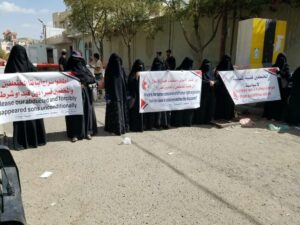 In its statement, the association held Houthi armed group in Sana’a and military and security organizations in Aden fully responsible for the lives and safety of all abductees, calling upon the United Nations and the OHCHR to create the necessary pressure to release all abductees and forcibly hidden individuals, and to end this prolonging suffering. 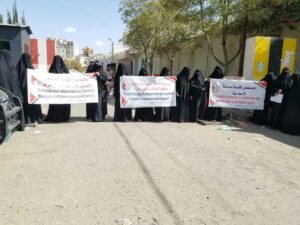 Mothers called upon all Yemenis to stand by their cause to save and release the abductees, and to use the needed pressure socially and legally to see them free as freedom is their natural right.