In Alhudayda, Abductees’ Mothers Association held a protesting rally this morning condemning, in its statement, the executions carried out yesterday, September 18th, 2021, by Houthi armed group. The group executed nine civilians from Tahama region after charging them of participating at killing Saleh Al-Samad, a Houthi leader. For three years, the executed civilians had been abducted and forcibly disappeared, and deprived of any family contact and of all their legal rights stated by the constitution and other laws.
Abductees’ Mothers Association condemned, in the strongest terms, the crimes against abductees, including yesterday’s mass executions of;
1.    Abdulmalek Ahmed Mohammed Hameed.
2.    Mohammed Khaled Ali Haij.
3.    Mohammed Ibrahim Ali Al-Qawzi.
4.    Mohammed Yehiya Mohammed Nouh.
5.    Ibrahim Mohammed Abdullah Aqel.
6.    Mohammed Mohammed Ali Al-Mashkhari.
7.    Abdulaziz Ali Mohammed Al-Aswad.
8.    Moath Abdulrahman Abdullah Abbas.
9.    Ali Ali Al-Qawzi.
The tenth abductee, tried in the same case, Ali Abdu Kazaba, died on August 7th, 2019, due to torture he was subjected to. According to the victims’ statements in court, the confession they made were all coerced. 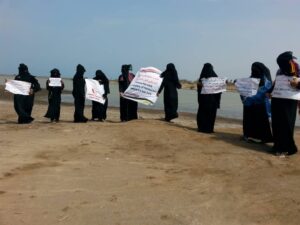 They were subjected to brutal torture and mistreatment, which included; threats of being shot, depriving of sleep for days, burning, electrocution, beating, hanging by one leg and one hand for days, standing on a single leg, and many other terrifying torture methods. 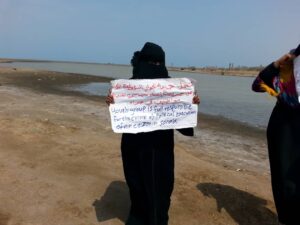 Abductees’ Mothers Association held Houthi armed group completely responsible for the crime of execution, which is considered an imprescriptible war crime. The association demanded to stop all political trials in relation to the conflict in Yemen, and to drop all the execution judgements.