Abductees’ Mothers Association demanded Arab Coalition to uncover the results of the investigation carried out by the official committee, which had been previously formed by the coalition, and disclose the fate of their abducted and forcibly disappeared sons. 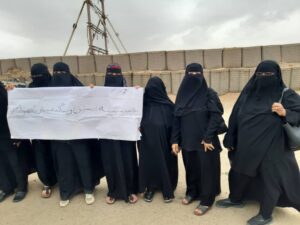 The demands were announced during a protesting rally held by abductees’ mothers this morning by Arab Coalition headquarters in Aden. The rally, itself, coincided with International Women’s Day, which passed by Yemeni mothers as they are still waiting for their sons at prisons’ gates. 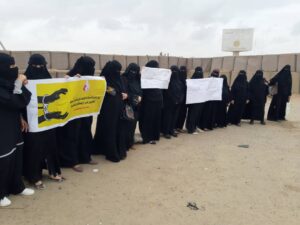