In Ma’rib, Abductees’ Mothers Association held, this morning, a joint seminar with Rased Organization for Rights and Freedom and Human Rights Office in Sana’a, titled Forced Disappearance: A Crime Against Humanity.
During the seminar, Abductees’ Mothers Association had a presentation that explained the grave dangers threatening the lives of the forcibly disappeared persons held at prisons and secret detention centers, namely being tortured to death as 40 civilians have died due to torture while being forcibly disappeared by Houthi armed group. 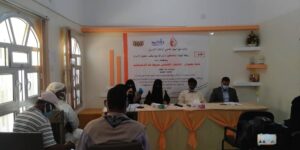 Moreover, Houthi armed group has held forcibly disappeared persons at building and facilities targeted by airstrikes in Sana’a and Alhudayda, which has led to the death of 21 forcibly disappeared. Violating parties, additionally, remain intransigent and refuse to uncover the fate of forcibly disappeared persons, despite the great efforts of local and international mediators, and continue to take their rights away from questioning and transitional justice.
The association stated that it has worked, for the past five years, on the case of forced disappearance. 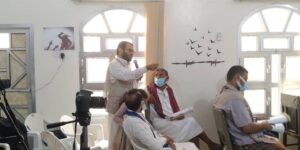 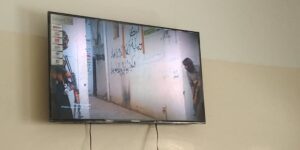 The seminar was concluded by several recommendation including;
•    Demanding to combine all efforts to uncover the fate of forcibly disappeared persons, and for the government to sign the International Convention for the Protection of All Persons from Enforced Disappearance, and to draft the necessary national laws that clearly criminalize forced disappearance and heavily punish its perpetrators.
•    For the United Nations to activate its agencies and NGOs to provide the needed psychological support for the victims of forced disappearance and their families, and to grant that the crime itself will not go unpunished.
•    Urging to hold various conferences and seminar that discuss the conditions of forcibly disappeared persons and the deterring actions and processes that can be taken, and for the national authorities of Ma’rib to pressure the international human rights organizations and to consider the families of the forcibly disappeared a special segment whose their rights and needs must be carefully taken care of.