Abductees’ Mothers Association demanded, in today’s protesting rally by Al-Ma’asheeq in Aden, the government to carry out its duties in order to uncover the fate of dozens of abductees and forcibly hidden individuals. 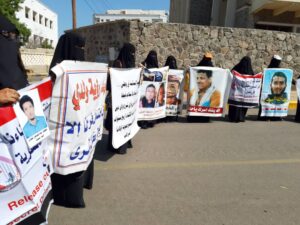 Mothers called upon Pro-Legitimacy Coalition committee responsible for implementing Jeddah Agreement to include forced disappearance and abduction victims as a priority in the preparations of appointing a new security administration in Aden. 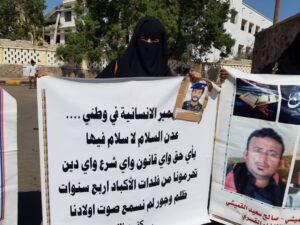 Mothers are impatiently looking forward to carrying out the promises they had been given two weeks ago of releasing their sons and ending their suffering.