In a protesting rally held this morning, Abductees’ Mothers Association in Al-Hudaydah said that Houthi armed group had forcibly hidden their abducted sons where their conditions are unknown. 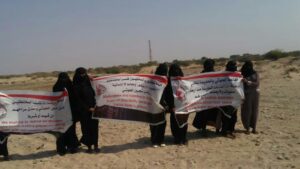 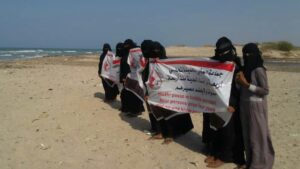 The statement expressed the escalating concerns of mothers as families had never been provided with any information regarding their detention whereabouts and conditions despite all the efforts. 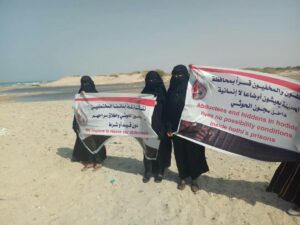 The statement held Houthi armed group responsible for the lives and freedom of abductees and forcibly hidden individuals. It called upon humanitirian organizations, mainly the UN High Commissioner’s Office for Human Rights and International Red Cross, to help them save their forcibly hidden sons by uncovering their fate and whereabouts as forced disappearance often meant danger and torture. It, also, called upon the UN Special Envoy to make the necessary humanitirian efforts to release all forcibly hidden individuals all over Yemen.