Abductees’ Mothers Association condemned ignoring mothers’ calls and pleas, by Yemeni parties in Amman, to release ill abductees who had been illegally detained and disappeared for five years at Houthi prisons. 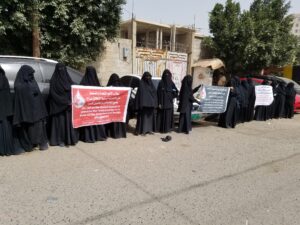 The condemnation was announced this morning at a protesting rally by OHCHR’s building in Sana’a, calling upon the UN and peace-fostering countries to create the necessary pressure to release ill abductees.

The demands were made after last week meeting of the negotiation teams from both parties in Amman, Jordan. The teams agreed to release only specific few abductees. 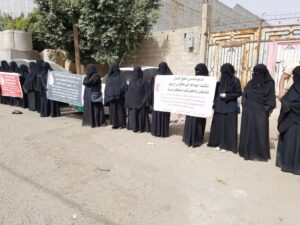 Abductees’ Mothers Association had previously submitted a list of ill abductees held at Houthi prisons to the committee responsible for implementing Stockholm Agreement in order to include them in the first swap deal due to their critical health conditions.

In the rally statement, the association said that 168 ill abductees had been subject to physical and psychological torture, and systematic health care negligence by Houthi armed group, and their families were not allowed to provide them with the needed medications, apart from painkiller. 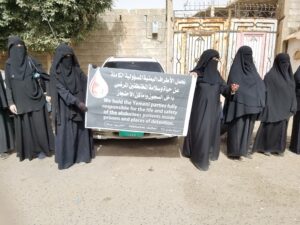 The statement confirmed that 14 abductees had died due to health care negligence while Houthi armed group continued detaining 100 other ill abductees at Sana’a prisons where they are not allowed to be transferred to hospitals and have specialized diagnosis and treatment.

The association stated that, due to torture, many abductees had been paralyzed, and had stroke, high blood pressure, diabetes, kidney failure, and many other chronic diseases which led to repeated case of blackouts, seizures, and different mental disorders. 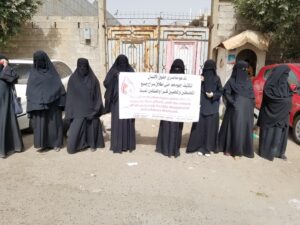