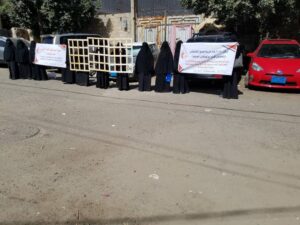 In the rally statement, the association said that 24 abducted civilians had died, since signing Stockholm Agreement, due to torture and health care negligence, and 134 others had been killed by Arab Coalition air force bombings of detention centers, claiming that whenever a local meditation worked to release abducted civilians, Houthi armed group refused it with the excuse of having the names had been listed in Stockholm Agreement lists. 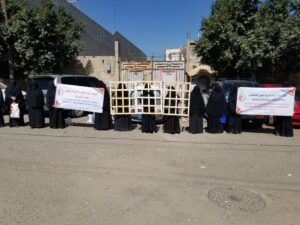 The statement highlighted that the association had documented 64 cases of forced disappearance and 138 cases of detention were victims were severely ill. 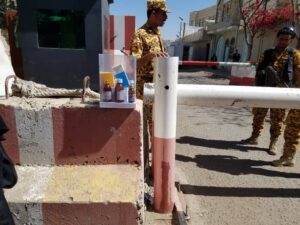 Despite the repeated failures, mothers still hope to end their suffering after the long absence of their sons, and to save abductees from all the risks they are facing such as; forced disappearance, torture, health care prevention, and bombing prisons.

Mothers extended their appreciation to UN Special Envoy, IRC committee, and all organizations and bodies working to release the abductees and assured that all abductees shall be released whether they had been abducted before or after Stockholm Agreement.

During the rally, mothers used medicine bottles to send a painfully sad message to the convening committees in Jordan remanding them of dozens of civilian abductees who had been unfairly living in mistreatment and sickness for five years. 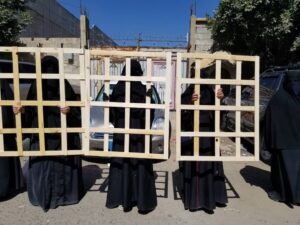 The rally itself was held after government and Houthi committees met in Amman where they agreed on a detailed process to implement the first official exchange for abductees and war prisoners since the beginning of the war. It was described as the first step to implement the commitment of both parties of the abductees and detainees release in accordance with Stockholm Agreement by the office of UN Special Envoy to Yemen and IRC committee