In Taiz, Abductees’ Mothers Association introduced, today morning, a report, titled The Great Grave, that highlights the crime of Arab Coalition air force bombing of Community College Prison in Dhamar which resulted in the death of 137 abductees and seriously injuring 45 others whom had been abducted and detained by Houthi armed group for years. 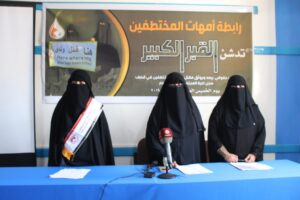 During the conference, association regional director, Asma’a Al-Ra’ei said that the association had documented dozens of abduction and forced disappearance cases of which victims had been held at Community College Prison in Dhamar. Those crimes had been committed by Houthi armed group before Arab Coalition air force targeted it. The association had previously heard from former abductees who had been detained at that prison. It also monitored the cases of bombing victims and its impact on families. 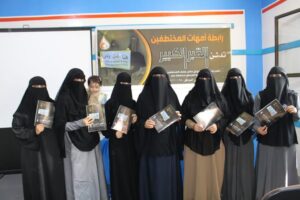 According to a former abductee, small cells and wards used to be jammed with abductees. “It was really packed. There were up to 160 abductees in a single ward. We would literally breathe out of our cellmates’ mouths. Going to toilet through all that crowd was a terrible struggle.” he said. Visits were never allowed no matter how long the detention period was. Many families had no clue that their relatives were held in Community College Prison until the bombing victims list was issued. A very few abductees were allowed to have a single phone call every two months where they ask their families to transfer some money into a man’s account, who is a Houthi officer. They were never allowed to tell their families where they had been detained. 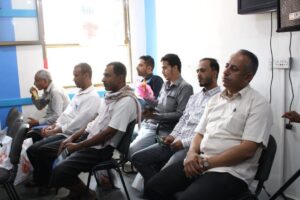 On top of all that, there were almost no healthcare procedures and prison wardens repeatedly refused to admit sick abductees to hospital. All that resulted in the outbreak of all kind of diseases among abductees causing the death of the abductee Farhan Al-Haidari, a teacher from Taiz, on May 6th, 2018, and the outbreak of pulmonary tuberculosis resulting in the death of the abductee Helal Al-Jarf in February 22nd, 2019, and spreading the diseases among 11 other abductees, three of whom were killed in the bombing. 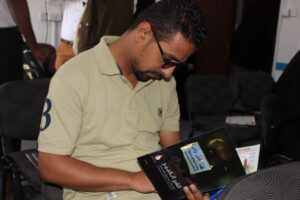 Midnight Tragedy and Dozens of Dead

At exactly 12:06am on September 1st, 2019, coalition air forced targeted Community College building, which held 182 individuals who had been abducted by Houthi armed group, with seven strikes which were mainly directed towards the two-story building and college campus yard. The air strikes continued to target those who survived the bombing and tried to escape. Those who managed to escape were targeted by Houthi bullets. Houthi armed group hunt down escapees and took them to different prisons.

The number of the victims mounted to 137 dead abductees and 54 injured others. According to the association figures, most Community College Prison detainees were abducted at Houthi checkpoints.

Arab Coalition Reaction Towards the Incident

In a press conference on September 2nd, 2019, the official Arab Coalition spokesperson, Turki Al-Maleki, presented aerial footage of the bombing. He stated that it targeted armories and drone storage facility. In an interview with Alhadath TV channel, Al-Maleki said that Houthi armed group were trying to take advantage of Yemeni public. Yet, the obvious truth was that coalition air force targeted a prison that held around 200 abductees who had been abducted and detained by Houthi armed group. To make the matter worse, the air force targeted those who managed to escape the initial bombing and run to college campus with multiple missiles which resulted in the death of many survivors according to the association’s representatives who met with the bombing survivors. Despite the customary rules stated in International Humanitarian Law, Arab Coalition has not initiated any investigation regarding the crime.

Houthi Behavior Towards the Victims and Their Families

For days, victims’ families had no clue of their relative’s fate. Many of them contacted IRC, who in turn stated that no list of victims had been presented by Houthi armed group. On September 7th, 2019, a list of the victims, attached to an official note, was delivered to Attorney General by Houthi armed group. The list contained 142 dead victims and 42 injured others. However, the list was not totally accurate despite taking a week to be issued. 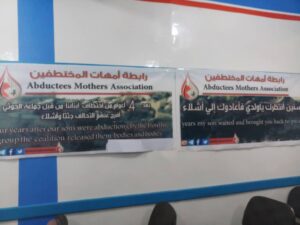 The process of clearing the rubble went very slowly. Many dead bodies stayed beneath debris for a week. Many victims were registered dead although their bodies were never found. During the representatives’ visit to Dhamar Hospital, it was noted that unidentified dead bodies and body members had been dumped in a huge wet container where decay smell filled the place as a clear sign for bad preservation. Many families received rotten bodies of their beloved ones.

Some family members were detained when they had come to identify and take their relatives bodies. The association documented 3 reports where family members were arrested while identifying bodies which stopped many families from travelling to Dhamar in fear of abduction and detention. 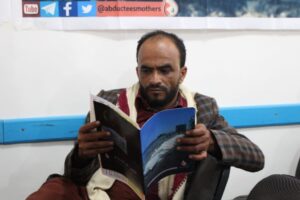 The report was concluded with several recommendations demanding an international investigation and calling upon human rights organizations to carry out their humanitarian duties according to international standards.

Since taking control of Sana’a on September 21st, 2014, Houthi armed group has continued abducting political opponents and establishing secret unofficial prisons, including Community College Prison in Dhamar, where abductees are brutally tortured, sometimes to death. Arab Coalition air force has repeatedly bombed prisons and detention centers which led to the death of dozens of abductees. No measurements were taken to compensate victims and their families and to bring perpetrators to justice.