In this morning rally nearby coalition headquarters, abductees’ mothers in Aden demanded authorities and human rights organizations to uncover the fate of their sons who had been forcibly hidden for three years. 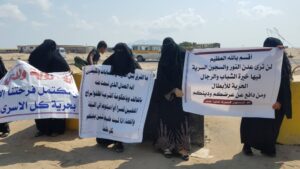 In the rally statement, mothers said that there have bee more than 37 forcibly hidden individuals held at secret detention centers in Aden for more than three years. Despite their repeated demands, they were never given any information regarding their sons which is considered a grave violation of all human rights and values. 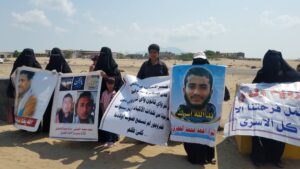 The statement added that abductees’ mothers and families would keep on demanding their rights until all abductees’ were free, and restated mothers’ demands as circumstances are constantly changing in the country.