Mothers demanded Arab Coalition and the committee formed by it to reveal the results of its investigation for the forcibly disappeared persons. In the rally statement, Abductees’ Mothers Association said that 40 abductees were facing unknown fate as diseases, including COVID-19, continued to spread in Aden. 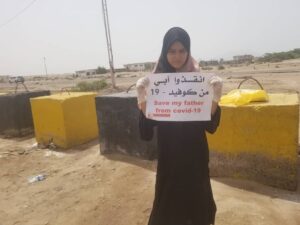 The statement emphasized the importance of taking immediate actions to save their 42 abducted sons held at Be’er Ahmed Prison in Aden as the prison administration had taken arbitrary actions instead of improving medical care and detention conditions during COVID-19 outbreak. It called upon all human rights organizations, locally and internationally, to intensify efforts to save the abductees and forcibly disappeared persons, and support their mothers’ rightfully fair demands.